Order from NCLT for liquidation of Insolvent Sterling Biotech 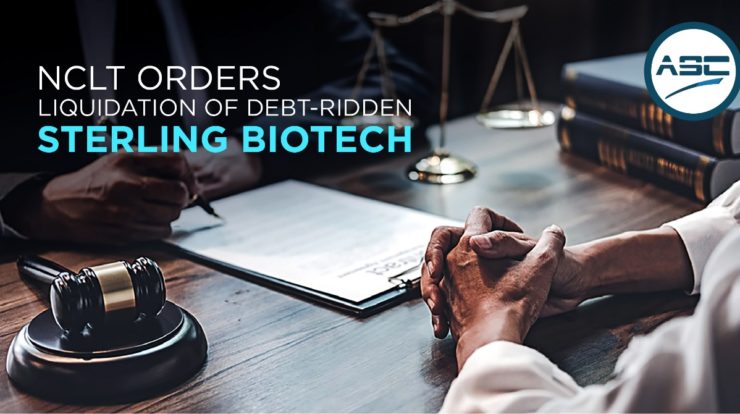 The orders of Liquidation of debt-ridden pharmaceutical company Sterling Biotech by National Company Law Tribunal has created hindrance for its Lenders.

The Lenders were expecting that they could easily withdraw the proceedings of insolvency services and accept (OTS) One-time Settlement offered by the promoters.

The (CoC) Committee of Creditors had permitted to the promoters One-Time Settlement offered by the majority of 90 percent. The other group company, such as Sterling SEZ, has also gone into liquidation.

However, out of 90 percent of the majority requirement, only 89 percent of the lenders accepted the approval; 90. The resolution professional (RP) was appointed to resolve the case without informing the NCLT and the tribunal rebuked him.

Once the 90 percent acceptance came for the second One-Time Settlement, the lenders can apply to withdraw the bankruptcy proceedings. However, one of the lenders, Madison Pacific Trust challenged this, saying it held over 10 percent voting right in the (CoC) Committee of Creditors and its agreement was not sought by the Resolution Professional.

The tribunal had then pursued views from the Enforcement Directorate, Government of India, the Central Bureau of Investigation, Securities and Exchange Board of India (Sebi), the Central Bureau of Investigation and Reserve Bank of India. The government agencies had objected to the One Time Settlement offer, RBI was neutral and Sebi was for acceptance.